Bruce Greenberg got his start in Galesburg


To the model railroader or hobbyist in many other fields, Greenberg Guides are ubiquitous. The vast series of books includes reprints of model train catalogues from a century ago to the present, complete and pocket price guides, repair and operating manuals and books for dozens of other collectors -- including a guide to Erector sets. In addition to the publications, the firm runs a series of shows, primarily along the east coast, and auctions for the hobbyist.

Now owned by Kalmbach Publishing, a major magazine and hobbyist publisher, Bruce C. Greenberg, the founder of the empire that bears his name, created his first publications in Galesburg.

Bruce Greenberg has always loved trains -- and politics. After graduate work at the University of Michigan in Ann Arbor, He came to Knox College in 1970 to be an Assistant Professor of Political Science. He quickly became involved in local politics and more deeply involved in his avocation, model trains.

Greenberg, ever a controversial figure in local affairs, now resides in Sykesville, Md., but remembers his Galesburg days where his business got its start. ''I read about Galesburg with concern and sorrow. When I was there, I talked with several City Council members urging them to reject the plans for the mall. I expected the consequences that followed. I was fairly certain, as a market analyst, that it would devastate downtown as a retailing center. I'm sure it has.''

While teaching classes and urging against construction of the Sandburg Mall, Greenberg was putting together the first of his publications. Robert Prendergast, the Chaplain at St. Mary's Hospital, was also a train buff and had come across some rare 1931 to 1936 Lionel catalogues. When he shared them with Greenberg, the pair realized that other collectors would also like to see them. ''Knox College at the time had a print shop [in the basement of Alumni Hall] which was available for faculty use. I asked them if they would mind printing a few copies for me and they did.''

They quickly sold out and the seed was planted. ''We started by reproducing Lionel catalogues and service manuals which were hard to find. One was as large as 1400 pages.''

During the time Greenberg was at Knox, the president of the college was also a model railroader. Sharvy Umbeck had a huge layout in the attic of the president's house at Prairie and Losey Streets. ''Even though we shared an interest in trains, I spoke too directly to Sharvy and we never really got along. He probably was scared of student unrest.''

Greenberg left Galesburg in 1973 to become Assistant Provost for Antioch College. Antioch, at the time, was locating campuses at various sites and Greenberg worked in Columbia, Md. ''At the time, I was sympathetic to such a radical institution. They opened 16 sites across the U.S. to provide quality education to people who usually didn't have access to higher education. They also had a program of offering credit for life experiences. Unfortunately, several of Antioch's centers were run by 'hustlers' and they essentially sold degrees in trade for these 'life experiences.' When I became vocal about this, I resigned before I got fired.''

''Since leaving Antioch, I have compared Antioch to Knox and Knox looks better. It was more tolerant of divergent ideas than Antioch.''

Since his Galesburg days, Greenberg has changed his political views significantly. ''I have had some real rethinking of politics and I now realize that market-based decisions are better than government-based. There is plenty of evidence to back that up. If government intervenes, the result is often the opposite of what is intended. If you raise the minimum wage, employers substitute capital for people or simply reduce the number of jobs. This reduces the number of entry-level jobs available to people who people who need them most.

What I see know and I didn't then is that an employer's ability to pay is not based on greed but on the market price of the product. I ran a publishing company and I knew what I could charge for my products and that determined what I could pay to produce them.'' 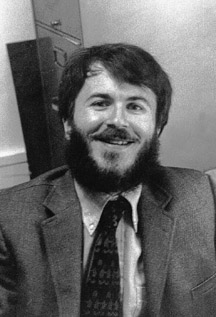 Now a self-described Libertarian, Greenberg attributes his political shift to Antioch. ''My short Antioch experience made me aware of the desire of people on the left and in academia to control the views of others; They were not interested in permitting the open competition of ideas. rather they sought to exclude ideas they did not like. My studies in political science and my experience in the toy train marketplace have taught me that he who controls the rules of the market determines who wins. I had a competitor also reproducing Lionel catalogues. He was on the standards committee of the train Collectors' Association and got a rule passed that catalogues sold at train shows had to meet their arbitrary standards on color usage and size; of course, his met them and mine didn't. I argued my case before the board that he was restricting consumer choice and, fortunately, I won. I learned from my experiences at Knox and Antioch that you don't gain much by going public so I haven't until now''

''Markets work best when information is cheap and fast. that's what I tried to do with my catalogues and price guides: provide information. I learned how to describe what the companies made. We basically recreated production history from scant records. I had to collect data so I could distinguish factory products from that which was modified. Surprisingly, the most useful parts of a model train to me were the trucks [wheel assembly] and the couplers. Every car has two of them. The manufacturer would only change them to improve the product or to lower the cost of production. They became the best way to date and catalogue a train.''

''As a student of markets, I also had to decide which prices to reflect in my guides. I could use the top hobby shop price or the market hobby show price. I decided to use the lower, market one. It had a benefit to the buyers rather than the sellers. They were the ones most likely to regularly buy my books.'' Greenberg says that his price guides were central to an incident where a dealer paid embarrassingly little to a seller who learned afterwards that he was taken, complained, and the Train Collector's Association then considered banning price guides to protect the dealers' ability to buy things cheaply.

Once a boot-strap operation, Greenberg Publishing once employed over 40 people before selling out to Kalmbach. The Greenberg guides became so pervasive that a misprint on one item in one edition caused the market price of that item to rise to the guide price.

When Kalmbach purchased the firm, they moved the business to their Wisconsin headquarters. ''I knew they would pull out of Sykesville but I didn't expect them to do it so quickly, says Greenberg.'' He still writes books about trains but has turned his interest to real estate development and renovation in the booming town of about 4,200 in one of the fastest growing counties in Maryland that's becoming a distant suburb of both Washington and Baltimore. ''I took one building, renewed the façade and created the feel of the 1906 structure.'' Sykesville now has an historic district and Greenberg finds himself at odds with the town's mayor -- who he once supported -- and forced compliance with preservation rules. The issue is once again control versus free markets.