The spy who came through Galesburg

Joining a long list of distinguished Knox College alumni are a convicted mass murderer (Simon Peter Nelson), a world-famous transvestite performance artist (the late Ethyl Eichelberger) and, now, the FBI agent who is accused of collecting more than $1.4 million by spying for the Russians.

Robert Philip Hanssen graduated from Taft High School in Chicago in 1962 and attended Knox College. He majored in Chemistry but also took classes in Russian. Knox was one of the few colleges at that time to offer Russian as a foreign language. Momcilo Rosic, who headed up the Knox College Russian Department at that time, says he has no remembrances of Hanssen at all. ''I read in the paper that he went to Knox but I can't remember him at all. He wasn't a Russian major; he was a chemistry major, and I've been retired 15 years.'' 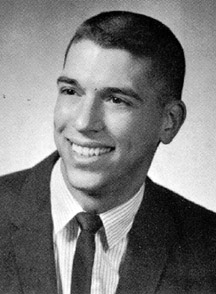 After graduating with a degree from Knox, Hanssen pursued Dentistry at Northwestern University in Evanston but switched career paths and ended up earning an MBA in Accounting and Information Systems from there in 1971. He passed the CPA exam in 1973.

He went to work for the Chicago Police Department as an investigator in the Financial Section of the Inspection Services Department and joined the FBI in 1976, being assigned to field offices in Indianapolis and Gary, Ind., New York City, and ultimately Washington, D.C.

In a 1991 diskette containing information provided the Russians, Hanssen reportedly suggested they thoroughly study that period of history when Chicago was governed by Mayor Richard J. Daley. He had firsthand knowledge of that.